We have two events currently scheduled in November and December:

Scroll down for full details and to book your place.

Discover Who You Really Really Are

Click through the three tabs below for further details on this event, and to book your place. 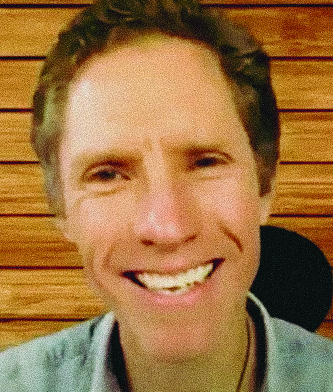 Jim’s meetings typically start with a meditation, and then the meeting opens up to those attending.  People may have questions or concerns, and typically Jim takes an experiential process to what the attendee is experiencing right now.

“To see the courageous letting go of everything we think we know and the revelation that what we long for is already here, waiting patiently to be acknowledged, is always an absolute privilege.”

Although Jim’s meetings are typically more focused on those attending, this short clip gives an idea of his approach:

Here is how Jim describes the meetings:

There’s no dogma, no superiority, no guru-ness, no rigid mindset, no rules, just a loving intelligence continually welcoming us back to the home we never left.

What happens in a meeting? Through experience-based exercises, live music, dialogues and silent connecting, Jim guides us home to the wondrous realisation and celebration of our essential nature.

Meetings begin with a short guided meditation followed by the chance to sit upfront with Jim and ask questions, explore whatever is arising in the moment, or simply sit together in silent connection.

No previous knowledge is required, just a willingness to openly and honestly explore our raw, first-hand experience, to courageously question all our beliefs and assumptions, to feel into our human fragility and whatever fears may arise.

This is not about achieving some special state, not about disconnecting from our everyday difficulties and challenges, regarding them as somehow illusory and insignificant. It’s about the revelation, the celebration, that the full, rich spectrum of human experience is the very expression of our being. It’s about appreciating the paradox of our vulnerability within invulnerability, our limitations within infinite freedom. It’s about being closer than close, more intimate than intimate with all of life. It’s about living as love.

Ultimately it all adds up to a celebration of life with openhearted sharing, live music, silence, tears and laughter, all in an atmosphere of absolute acceptance.

And if you haven’t listened to it yet, our in depth interview with Jim sheds a lot more light on his background and his approach:

Book Your Place
Here’s the process to secure your place:   Thank you so much for your interest in this event.  Please complete the form below to attend:

Discussing Non-Duality With Q & A

Click through the three tabs below for further details on this event, and to book your place.

Richard’s meetings begin with an introduction to the topic of non-duality, and then the rest of the meeting is a question and answer session.

“Seeing non-duality means seeing that our most basic assumption about our life, that we are separate, is only an appearance. We seem to be the subject of our life, moving through a world of objects, including those sometimes difficult objects known as ‘other people’. But actually there is no separation, there is no subject and object, there is only seamless oneness.”

This video gives an idea of Richard’s approach:

From Richard’s website, to offer more detail about his approach:

Many teachers of non-duality suggest that there is someone who can do something to heal their sense of separation; in other words that there is a person who is able to discover that they are not a person. The absurdity of this idea is often camouflaged by highly complex and subtle thinking.

Teachings about non-duality frequently present the seductive idea that liberation can be realised through an evolutionary spiritual path. This has no actual connection with non-duality but it can offer us a convincing, although meaningless, story about it.

A way of searching may lead to a person being more comfortable. That is fine but it is all that you get – a person who is more comfortable in their prison. If you are in prison, it is better to be comfortable but that doesn’t get the person out of the prison they perceive themselves to be in.

Nothing will get the person out of their prison because the person is the prison. When the person drops away, it is seen that there never was a prison in the first place.

Then it is seen that ‘I’ and ‘you’ are the light in which everything arises.

In liberation it is seen that the person that we think we are is simply an appearance. At our heart and at the heart of everything is undifferentiated Being from which all differences appear. There is no self, there is no person.

When it is seen that there is no separation, the sense of vulnerability and fear that attaches to the person falls away and what is left is the wonder of life just happening. Instead of meaning there is a squirrel motionless on a grey tree trunk, legs splayed, head up, looking straight at you. Instead of purpose there is the incredible way an ant crawls over a twig.

When the sensation that I am in control of my life and must make it happen ends, then life is simply lived and relaxation takes place. There is a sense of ease with whatever is the case and an end to grasping for what might be.

And if you haven’t listened to it yet, our interview with Richard sheds a lot more light on his background and his approach:

Book Your Place
Here’s the process to secure your place: Thank you so much for your interest in this event.  Please complete the form below to attend:

ForwardView Foundation is a non-profit Community Interest Company which focuses on presenting discussions of non-duality, as well as releasing approaches and meditation techniques.  Everything is offered at no cost.